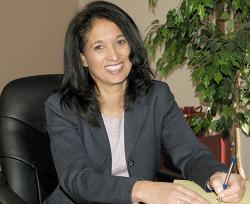 Santacroce – After practicing for many years in Hartford, Connecticut, Mary Ann ventured out and established her existing practice in Bristol, Connecticut in 2004 representing businesses, non-profit organizations and individuals primarily in the area of business and real estate law.

Mary Ann began her legal career in 1986 with the law firm of Gordon, Muir & Foley, LLP, Hartford, Connecticut (GMF) as an associate and immediately began to pursue her interest in business and real estate law under the wonderful mentorship of Attorney John H. Goodrich, Jr. Mary Ann was with GMF for 14 years and became one of the firm’s managing partners. Mary Ann then served as of counsel to the law firm of O’Connell, Flaherty & Attmore, LLC for 4 years before establishing her own law firm in 2004.

Mary Ann previously served as an adjunct professor for Manchester Community Technical College where she taught “Business Organizations” and has lectured on business organizations, including seminars sponsored by the Connecticut Bar Association.